We've been in your shoes and they stink!

As charming as your housemates are, whether it’s your boyfriend, your children or your husband, chances are you have no desire to smell them, especially after a trip to the gym. There’s really nothing quite like walking into a house that has been enveloped in the smell of sweaty hockey pads or gym shorts that might as well be nuclear waste now. Even though they just sweat in those clothes or football pads, that sweat collects in that sports gear and makes the item smell worse with every use and every passing day. If you’re getting ready to have guests over, or even if you’re just tired of smelling the bad end of a human being everywhere you walk in your house, whatever the reason, you aren’t alone and you aren’t powerless. You can put a stop to the stink before it gets the chance to burrow into your carpets like an evil, rabid gopher. While a smell zapper of any kind is a good place to start there’s often a variety of ways you can use to get the sweat smell out of clothes and other articles around your home. First, you’ll have to lay out your priorities, you’re a busy person and you can’t be cleaning the whole house at one time, so what equipment and articles of clothing should you target for the smell first? We’ve got a guide laid out to make it easier on you.

If your children or other housemates play a variety of sports and pursue a bunch of different sports activities, your living quarters can start getting stinky fast. Simply put, the more sports equipment lying around your house, the easier it is for all of the rooms to start to stink like sweat and soon, hot human garbage. So when you’re prioritizing what stinking items you’re smelling more than the others and you don’t have a hound dog nose, it might get hard to analyze where to start. We’d wager you should start with the sport that gets the smelliest. So we’ve gone ahead and ranked the stinkiest sports around. Our expertise originates, of course, from years of being a mom of rowdy boys and treating the stinkiest items in the house with our all natural smell zapper.

The number-one ranked stinkiest sport is hockey. Aside from drawing this conclusion from years of experience, we’re pretty sure it’s because there’s twice as much equipment than any other sport. Sure, football pads are basically sponges for sweat and other foul substances, but hockey is a combination of quickly drying and spreading sweat. With loads and loads of bags to hoist around full of various gear just to get on the ice, and plenty of money into all of those articles, it can be hard to replace and even harder to clean. Since it’s a pain, and your house mates would probably rather go take a shower and sleep than clean up their gear, the smells start to become more of a bouquet rather than just the one stink a mere week into practice.

Know what other sport has tons of equipment? Football. While spandex provides a full range of movement for all those diving tackles and running catches, it also seems to hold sweat down in its atomic fibers. Most of the materials used for football practice and games have no breathability which means every drop of sweat is caught in the clothing in such a way that it can be past the reach of your regular soaps and methods. Washing pads, spandex and that helmet, which is essentially a sweat cap, is a behemoth of a task which matches the behemoth of smell that is the gym bag that carts that gear around.

Runners might stink up their sneakers pretty quickly, but they’re also not in the practice of marathoning through 30 miles of activity. At least, the runners we know aren’t heading out for huge lengths of time like that. However, the cyclists in the family definitely are. It might be a once per week endeavor but chances are they do a couple of 10-20 milers during the week and a 30-40 mile ride on their days off. We’re not suggesting you should worry about the scent of the saddle on the bike considering it’s mostly made of leather and generally scent resistant material because of what it’s for. We do recommend getting ahold of that helmet and those cycling clothes and shoes. Those endurance style rides will make you sweat more than the average hour long workout and it’ll start to show, first in a rash on their forehead from their sweat drenched helmet pads and then by the tale-tale smell of old, decaying sweat.

While soccer isn’t only played in muddy, rainy conditions, it’s one of those sports that people will play in any sort of weather. Something about running in cleats along a rain drenched turf and kicking a checkered ball makes a rainy day or a cold day suddenly seem not so bad. That does not, however, mean that the resulting dust, dirt, grime and sweat that will mingle during the game won’t be so bad in the aftermath. With plenty of gear like football and hockey to get drenched with various stinky substances it’s no shock that soccer ranks pretty high on the stink-o-meter.

While this is definitely a high-priority stink, it’s definitely a lower priority stink than its other counterparts. If you live in one of the sweatier areas of the globe, you’ll find baseball to be a pretty stinky sport, however it’s not super active. Most of it is a mind game, at least that’s what they tell us. After 15 different fake outs from the pitcher and batter, players generally take a seat and merely hang out. If it’s naturally warm weather, this can get a little heated and sweaty, but does not register on the constantly sweating sort of sports mentioned above. With less physical activity you get less sweat, which drops this sport and the other less extraneous activities down to low priority stink issues within the average residence. 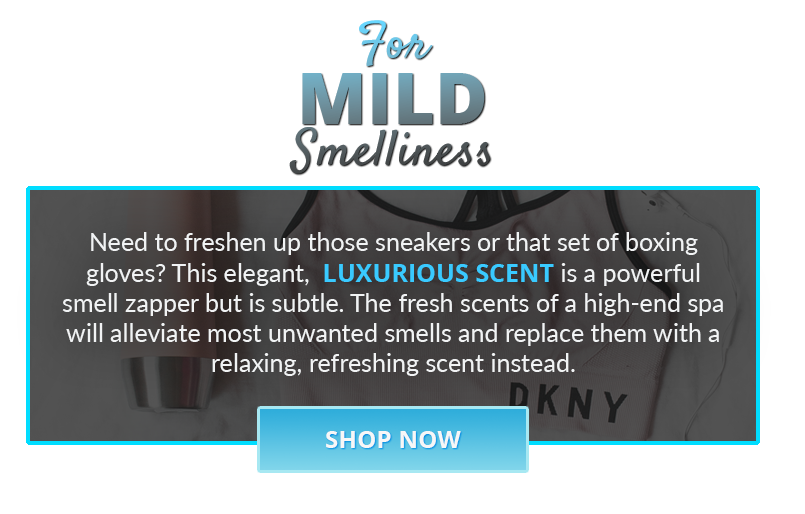 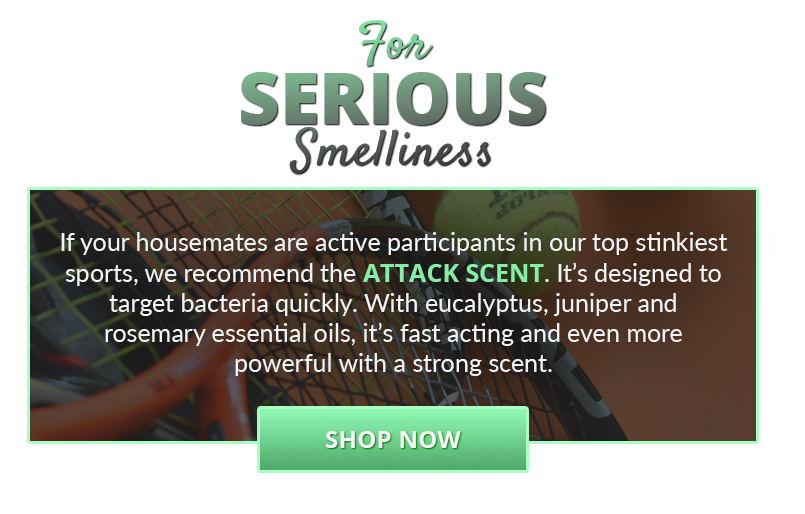 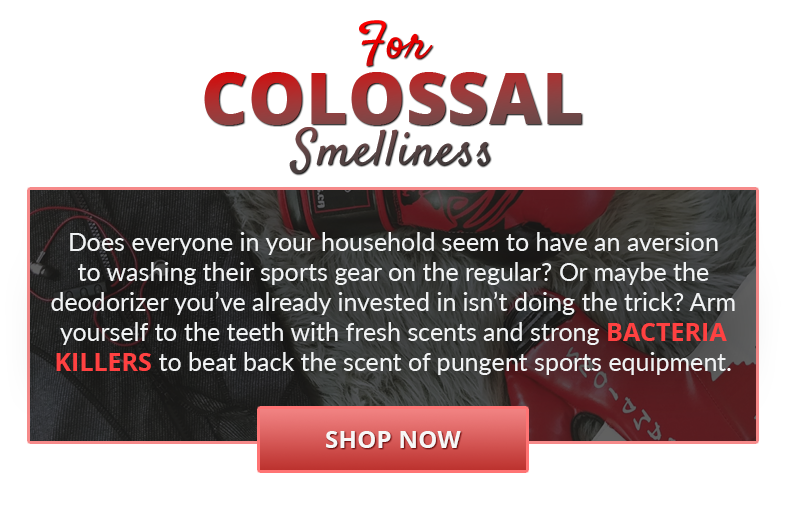 Once you’ve prioritized what sports gear is causing the biggest problem how do you go about cleaning the various gear from these stinkier sports? If you’re hoping to achieve your deodorizing tasks without the help of chemical cleaners, you’re going to have to follow a few steps to ensure that the smell at abates enough to be zapped away. When they aren’t machine washable, there’s no need to panic, just follow our step by step guide to navigate lifting the stink following that gym bag around all over the house.

Odor Zapper can successfully deodorize any sports equipment and relieve your household of the smell of sweat and other, foul odors. Check out our variety of scents and invest in a smell zapper solution that works. Made with all-natural essential oils, the Odor Zapper products offer a way to cleanse your home and garments without using toxic chemicals that cause respiratory issues.

Browse our deodorizer scents and invest in odor control that works now.

Ways To Use OZ!