We've been in your shoes and they stink! 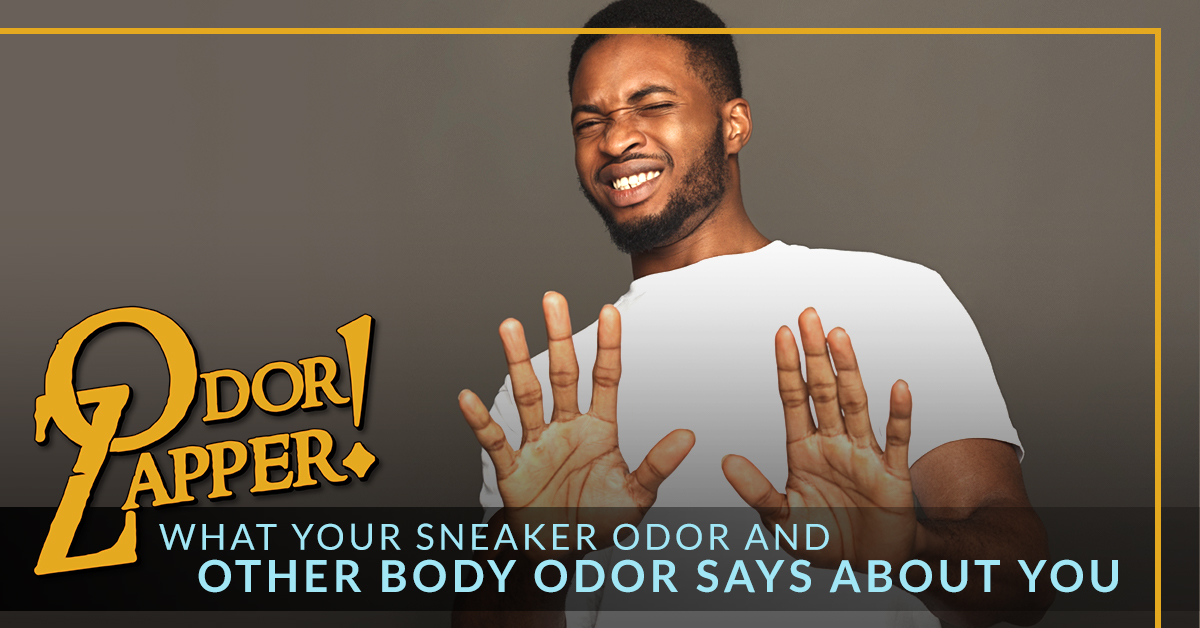 On hot days, or during stressful periods of your life, you might end up being a touch more odorous than you’re usual well-kept self-tends to be. And while this isn’t the best case scenario, taking time to analyze and sometimes letting those odors interact might improve your quality of life. There are many ways to use the smell of your body sweat to understand your health and even interact with other people. Most of these benefits, however, do not extend to your feet.

The Biology of Smelly Running Shoes and Sweat

The human body is a pretty amazing gadget. With all of the crazy functions it goes through to fulfill various survival tactics it’s no shock that there’s probably a fair bit that you aren’t familiar with as far as the mysterious functions of some of the most simple aspects of our bodies. Like the fact that even if you’re not sweaty, people can still smell you and not in a “you used too much fabric softener” sort of way. Everyone has a very distinct odor that you won’t be able to get rid of, but that’s not necessarily a bad thing. It’s called your “odor print” and it’s the reason perfume might smell differently on you than it does on someone else, and it’s how people can tell others apart subconsciously, like the smell from your husband’s pillow, for example.

If you’re the person who’s always getting eaten alive by bugs when you step outside, you can attribute that to you odor print. In a recent study, scientists tested the differences between odor prints of identical and fraternal twins by subjecting them to mosquito bites. They’d have each twin stick their hand in one side of a tube and the other twin would place their hand inside the other end. The scientist would then release these mosquitoes into the tube to see which twin was favored. Identical twins were bitten the same amount, but fraternal twins had one twin favored over the other. There’s actually an estimated 20 percent of the population that mosquitoes absolutely love. Their blood is apparently a delicacy, and chances are the rest of the party will be mostly ignored if one of these folks is around. This odor print that could be attracting mosquitoes is actually heightened by how much you sweat and how much of it is left on your skin.

Your Smell Finds Your Partner

Like most animals, human’s do rely on the nose for choosing a mate. Apparently, the human nose searches for odor prints that are different on a compositional basis than their own. If a male has different chemicals in his sweat than a woman does, he’ll do far better with her on base attraction than his other male counterpart with a similar chemical composition in his sweat. This is probably due to the main biological instinct behind mating which is to foster diversity for a more varied gene pool and encourage different genes to help the potential child thrive. So if you’re interested in someone you see at the gym from time to time, keep the good part of your odor print at the forefront by covering up the smell of those aging trainers with a decent deodorizer.

This time, the stress is not directly related to increased sweat, instead, it’s the different odor that your sweat takes on when you’re stressed. The human nose can probably pick it up, but not in a noticeable way, whereas a dog or cat can definitely smell the difference. The stress chemicals merely come out in your pores and don’t fundamentally change your overall smell.  For the animal, it’d be similar to seeing someone familiar with a new hairstyle, something would just be slightly off. You’ll probably notice your pets offering you sympathy during these times and they’ll try to physically comfort you more than they would otherwise.

It is not recommended that you let your odor print permeate everything you own through the means of never washing. Your odor print probably does not need to be any stronger than it is for people’s nose to unwittingly pick up on your scent and draw conclusions from you. A study conducted in Poland found that people could pick out specific personality traits of people just by smelling one of their dirty t-shirts. They could guess traits like dominance, extroversion or introversion and whether or not the person was neurotic. However, there was no correlation between the odor print and traits like agreeableness spontaneity or kindness.

While scents are intriguing and are capable of showing off your merits, it’s best to cover up the smells that are less desirable. If you’d rather keep those sneakers and that gym bag that’s smelling closer to a farmyard than a domestic commercial item you actually purchased, try looking into a powerful foot bacteria killer and deodorizer. Odor Zapper is an all-natural deodorizer that removes foot smells and body odor from any object with the application of our special formula. All of our scents are created using essential oils that are diluted properly so that they are safe to sure around pets. Shop our wide selection of choices on Amazon.com that recently rated us as Amazon’s Choice for deodorizers. Interested in where you can find the scent profiles? Look here.

Ways To Use OZ!